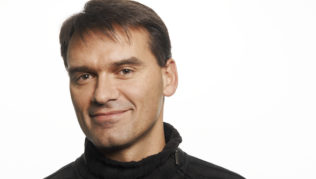 Congratulations to Pierre Pôlet on his 10th Emakina work anniversary!

Since his debut at the company in 2004, he has been an enthusiastic participant in the company’s growth. Working first as Project and Account Manager, he went on to lead the project management team and the E- DM team, to continue his career as Head of Web Application Development. Pierre joined the Committee of Directors of Emakina.BE in 2006 and was appointed Director of Operations in 2011.